Why am I opposed to oil sands mining?

I’m someone who’s extremely comfortably using 21st century technology and I believe that technological advancement can solve many (but not all) of the challenges we face as a civilization.

I’m also very comfortable with change. In fact, I think we need a LOT more change, not less.

But I also believe that the plans to “develop” the oil sands in northwest Alabama through mining or other extractive means, are extraordinarily misguided. It's not time to double-down on extracting every last bit of fossil fuel from the planet.

Our focus should be on building a creative, 21st century economy that is humane and allows individuals and families to flourish.

[Tweet “The creative economy is the 21st century economy. #Oilsands don't fit in.”]

It's time for Alabama to move into the 21st century.

My Love For Nature

I grew up enjoying the outdoors. From the time I was a toddler I was playing with worms, playing in the dirt, and exploring the woods.

My grandmother Martin loved to drive her Ford pickup truck into the woods and record the sounds of tree frogs, crickets, owls, whippoorwills and coyotes with her cassette recorder. I loved to accompany her on these trips. She would play those recordings inside her house when she wasn’t outside working in her yard or garden.

Grandma Martin also got interested in reading the Foxfire books available at the library. I would also read these and learn about making sassafras tea, churning butter and other Appalachian folkways.

My first official public speech came during a 4-H speaking contest at my school. I won first place with my speech on Aberdeen Angus cattle. Yes, I’ve always had a thing for farming.

When I was in the 5th grade I read My Side of the Mountain for the first time. And then I re-read it about 20 times that school-year. I still have my original paperback copy. It’s tattered now, and I’ve  long since purchased new copies but I continue to read this story every few years. I wanted to be like Sam Gribley and live off the land in the woods.

I tried, unsuccessfully to make acorn flour, so I settled for convincing my mom to buy some buckwheat flour for pancakes. I was the only person in my family who liked them, but thereafter I did get to buy whole wheat flour from time to time to make homemade bread. (I started growing buckwheat 2 years ago).

My Side of the Mountain led me to the writings of Henry David Thoreau.

In the sixth grade I discovered a book called Camping & Woodcraft in the school library. I kept the book checked out for most of the school year. Each time I had to return it, I would turn it in and then check it out again as soon as the rules permitted. A few years ago, I found a reissued paperback edition of Camping & Woodcraft.

In the seventh grade, I learned about the Appalachian Trail and dreamed of hiking it someday. We visited a section during a family vacation. 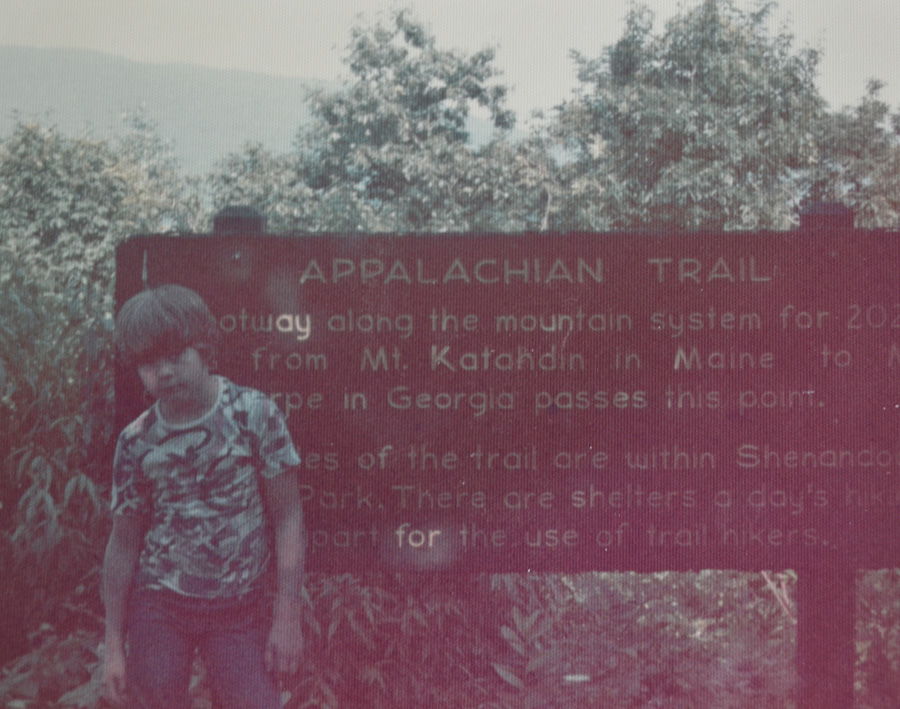 Since hiking the trail was out of the question when I was in junior high, I ordered a book titled the Appalachian Hiker from a mail order book source I found in a classified ad in some outdoor magazine. I read it, cover to cover, and filled a spiral notebook with lists of supplies I would need to hike the AT.

I spent my childhood and adolescent years playing in the dirt, playing in the woods, learning to cook, even had horses for a few years. As a teen, I preferred to be outside. I chose mowing the grass as my designated chore because it let me work on my tan and be outside at the same time. Fortunately, we had a LOT of grass to cut so I had a good tan.

Fast forward a bit: My need to move around and be outdoors is one of the reasons I could not continue to practice law as my profession. I reached a point where couldn’t sit behind a desk all day, everyday, doing work that was meaningful but simply a variation on a theme. I love being a lawyer but the reality is that humans were not made to sit for 8-10-12 hours a day. And I had other goals to pursue, like writing.

Fast forward a bit more: Over the past 10 years as I’ve realized the benefits that have accrued in my own life through eating real food, spending time outside, and staying fairly active, I’ve increasingly felt led to do more to help others discover these benefits.

I want to share what I’ve learned so others can understand the value of nature and how real food, physical activity and sleep can solve many of the chronic health problems so many Americans are dealing with today.

So a couple of years ago, during a long, early morning run where I was silently expressing gratitude for the beauty of the trees and the birds and sunrise I felt a distinct, guiding voice speaking in silence to my heart: “Tell the story of my creation.”

“Be still and know that I am God.”

When you are prepared and open to the voice of the Word, you will hear.

I started small, writing blog posts and sharing pictures on my blog, The Ben Franklin Follies. I used Twitter to share resources I found on other sites. I began studying environmental communication and sharing the stories of farmers and others committed to living an authentic life.

I had already been studying the theology of creation care and what the Bible tells us about environmental stewardship.

The creation story culminates in humans being given a garden to care for and authority to name the creatures. It is the ultimate in hubris to believe that, as stewards, we have the authority to dig up, to destroy, this creation.

I began to connect the dots from my studies of systems theory in graduate school, my experiences with growing and eating real food, and the role of real food in my own health, which is a blessing beyond measure.

I learned about the emergence of nature deficit disorder among children and the Japanese respect for nature as reflected in their practice of shinrin-yoku or “forest bathing.”

As I learned about the amazing biodiversity in Alabama and our bountiful water resources, relative to other states, I began to realize that our state has everything we need to lead the way to a sustainable, local-oriented economy that’s built on stewardship of resources in a way that will allow us to assume a major role in the production of real food.

And then I realized that I had a unique set of skills that would allow me to tell stories through various media channels about all that I've learned.

To fulfill my calling to tell the story of the creation we’ve been given to sustain us, I envision turning my family’s land into a permaculture showcase for biodiversity, sustainability and a center for teaching others how to grow and shine through real food and nature.

About 18 months ago I began taking steps to make this vision a reality within the next 10 years. And then last year I learned that a company had started buying up farmland all around my family's land. 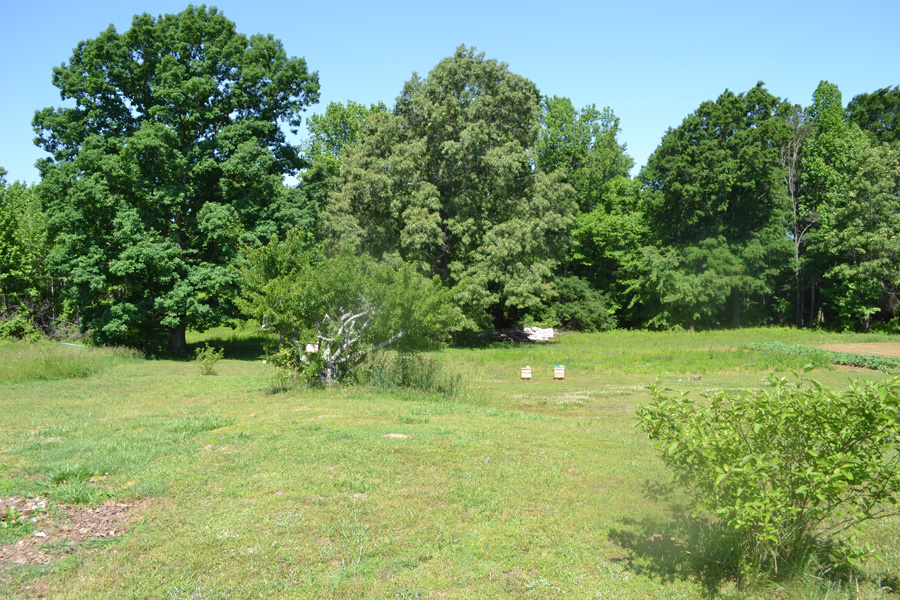 It is unfathomable to me how, in a representative democracy, a few wealthy investors and corporations can be permitted to dictate the entire future of a region.  Plans to “develop” and “exploit” a single substance are being implemented by business entities without any input from the human citizens who will be affected by the choices made in solely in pursuit of financial gain.

In fact, these plans appear to  have been developed in back-room deals and intentionally kept off-the-radar until pieces were in place to move forward quickly. To the extent anything has been made public, it's all been very general and generic and “trust us” this will “create jobs.” A few jobs may be created, and some investors will profit but at what cost to the average citizen?

“We the people” will suffer a range of known outcomes and be at risk for even more, simply to create profit for a small number of investors, mining the tar sands—which is what they were called prior to industry “greenwashing”.

What Will Happen As the Mining Progresses?

Those are just the likely outcomes. I didn't get into the disaster-level outcomes that are possible in the likely event of an eventual oil spill, tank leakage, or “accidental” discharge into the surface streams or aquifers.

Here's the thing: Mining oil sands in the United States is experimental. It's never been done on a commercial scale. A couple of companies have projects underway in Utah and one in Kentucky. Numerous companies are moving into Alabama now that one company has paved the way for them. The technology is not proven. The technology is experimental. It's still in the research stage.

Profit Is Not The Issue

I don’t have any problem with profit from business activities.

I’m very pro-profit and pro-responsible business, even by large corporations.

Plenty of corporations act responsibly and have undertaken initiatives to move toward zero-emissions and sustainable practices, including accounting that includes the value of eco-system services.

Responsible corporations today are moving to incorporate the triple bottom-line into measures of success, financial reporting and decision-making.

I would like to see MORE people start businesses and own successful businesses. In fact, I'm working on ways to help educate others about the new creative economy and how to benefit—profitably—from using 21st century technologies to build home-based businesses.

All of the experiences in my life—and all of my professional qualifications and skills—have prepared me for this moment in time.

I have been called to tell the story of creation and help others understand the interrelated role of real food, physical activity and nature in human health. I cannot pursue this calling without standing up against the forces who wish to destroy (for personal gain) the very resources necessary to sustain human life.

We began in a garden, not a mine. A garden requires clean water, clean air, and living soil. I will do my part to protect the garden God gave us to care for until he redeems ALL creation.

Here's a video of my presentation to the Exchange Club of Florence, Alabama from June 10, 2014. Primary mic wasn't working, so the backup audio is a bit noisy, but it's audible.