The End of Fall

The past few days have been beautiful in Alabama. In fact, we've had a picture perfect Fall season. Maybe a bit on the dry side, but the low humidity and blue skies have been a blessing.

If I had to choose, I'd probably choose Fall as my favorite season.

I love the promise of Spring, the luscious green of early summer, and the bountiful harvests of July, August and September. Every winter I eagerly await the possibility of a winter storm that will leave my world a whirling, swirling, white chaos.

But there's something about Fall that especially resonates with my Spirit. To everything there is a season.

There's something about the feel of mid-October. Perhaps it's the hint of coolness in the breeze or the flinty, mineral-esque edge that lies just beneath the blue quilt of sky.

In Fall, the clouds lose weight.

The white puffs of cotton give way to white wisps and feathers, hints of flint-and-mineral duck behind the silver walls.

A Time For Rest & Thanksgiving

In October, all of nature moves to complete its preparation for a season of rest, of superficial dormancy.

But this year as winter approaches, I feel a sense of yearning—of loss—that I have not felt before. The summer was over before it began. I was distracted by concerns about intentions to start surface mining operations in a quiet rural area and how that would, or will, change my life and future plans.

And August ushered in the heaviest teaching load I've had during my career as a college professor.

Since late March, each day has moved seamlessly to the next, with weeks evaporating into months. 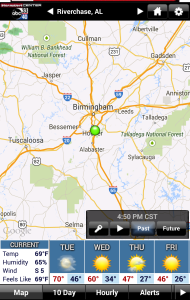 And so I find myself on November 11 awaiting the arrival of unseasonable cold before dawn.

I am concerned about the status of my honeybees and feeling somewhat distressed because I haven't had time to properly inspect and prepare the hives for winter.

So this last beautiful day of Fall brings with it a heaviness of heart, a sense of mourning for the lost days of June, July, August and September.

But tomorrow I will arise before dawn and step into my future.