Today's post was going to be about health. But I'm postponing that for a day to share a story I heard this afternoon.

It started like this: “What important historical event happened on this day 150 years ago?”

I was in a meeting with about 40 college professors. No one could answer correctly.

A: The  event was the Battle of Missionary Ridge, a seemingly-minor, yet pivotal battle in the Civil War. The Union victory in that battle paved the way for Sherman to march on to Atlanta. Our speaker pointed out that had the Union been unsuccessful in capturing Atlanta, Lincoln probably would not have won re-election. And that would have changed the outcome of the Civil War.

The point Steven E. wanted to make wasn't really about Civil War history, but rather our tendency to allow cultural norms to obscure our perception or cognizance of important events.

As it happens, Steven E. grew up on Orchard Knob, the site of a small hill where Union troops surprised Confederates and dug in to make victory possible . Yet Steven said he learned nothing about the Battle of Missionary Ridge until he visited a memorial to Ulysses S. Grant in New York City while in grad school.

His point was that the cultural norms identified with the Confederate viewpoint, so the local history did not honor the pivotal Union victory. The importance of the sight was obscured, except to those who were interested in Civil War history.

So Steven encouraged us, as faculty, to keep in mind that we all wear blinders and can fail to notice the seemingly obvious, because we are focused on what we deem important.

As I listened to Steven recount this story, I was struck by how relevant it is to where I want to take this blog as we journey together along the path to health, wealth and wisdom.

Wisdom comes from experience (you'll hear me say this often), but it's not just about experience.

[Tweet “Wisdom comes when we learn from unexpected experiences:”]

We must remember that we humans tend to see what we want to see. And so we must make a conscious effort to take off our blinders and see the world, the unexpected opportunities and the potential that surrounds us.

If we only see what we expect to see, we lose the blessing of surprise, of serendipity, of the unexpected.

As I finished typing the first section of this post and began to shift to the lessons to learn from this story, I thought of this psychological experiment in selective attention:

Watch the video and leave a comment telling me the number of times the players wearing white pass the basketball: 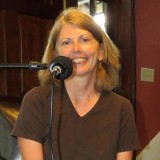 One reply on “Do You See The Unexpected?”

I only saw 14 passes; I was distracted by the gorilla lol